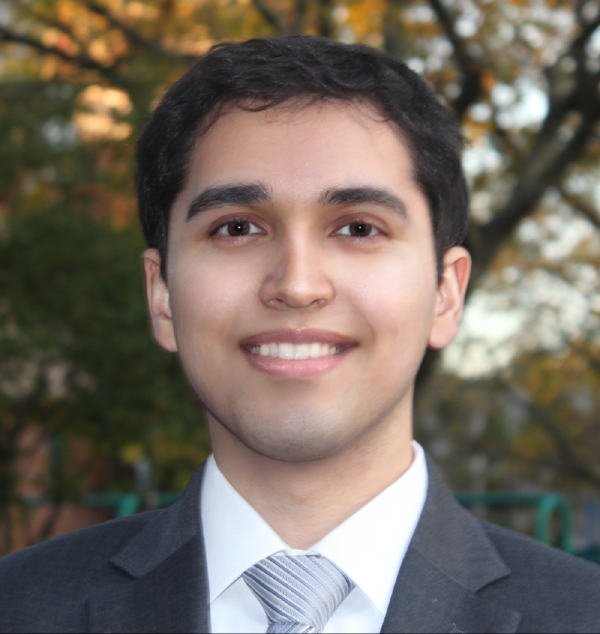 My recent research focuses on adaptive choice experiments and utility from anticipation. Each paper below is accompanied by a 31-syllable description, as in a tanka. 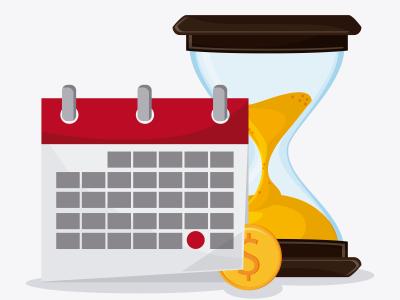 What do cash transfers and stimulus checks have in common?
The longer you anticipate it,
the less you spend, the more you save.

Cash transfer payments are an increasingly widespread policy tool in developed and developing countries, used for both short-term objectives such as boosting consumer spending and long-term objectives such as poverty alleviation. This paper proposes that the marginal propensity to consume out of a windfall depends on a new state variable, the time horizon over which households anticipate receiving a payment. We test this in three different settings arising from a systematic survey of the literature: a natural experiment provided by the randomized disbursement dates of the 2008 U.S. fiscal stimulus payments, and randomized controlled trials on unconditional cash transfers in Kenya and Malawi. Our data show evidence of excess anticipation-dependence: Consumption consistently responds more strongly to the receipt of additional income after a shorter anticipation duration, in excess of what standard models predict. While households receiving stimulus payments do not increase spending in advance, the additional consumption expenditure in the month after receiving payment drops by about 30 percent for each additional week that a household waits for their payment. Savings data from Kenya and Malawi show comparable effects. We estimate a model that incorporates this novel form of history dependence to discuss implications for the design of fiscal stimulus policies and cash transfer programs. Our evidence and approach reconcile seemingly conflicting results that consumption responds to anticipated payments in some settings but not others.

An Anticipatory Utility Model of Consumption and Savings 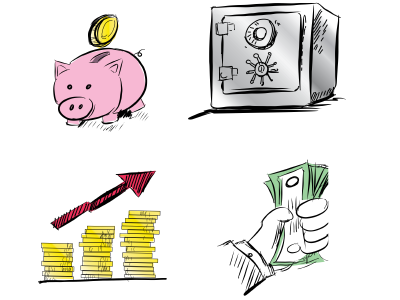 Utility from anticipation
provides a tractable model
of income risk, illiquidity, and borrowing.

This paper builds a consumption-saving model of anticipatory utility. In addition to consumption-derived utility, an agent experiences gains-loss utility from two sources: from anticipating future consumption, and from comparing their current level of consumption with past-formed anticipation levels. The agent chooses optimally both their consumption and anticipation levels. We highlight the model’s relevance for macroeconomics analyzing the behavior of two types of agents in three contexts: when income is certain, when income is risky, and when there are credit market imperfections. Agents with a limited planning horizon emerge as “impatient” – predisposed to borrow, while agents with an unlimited planning horizon emerge as “patient” – predisposed to save. Agents have an endogenous time-discount factor in all contexts. Our main results relate to agents’ precautionary savings.

Wage Differentials and the Price of Workplace Flexibility 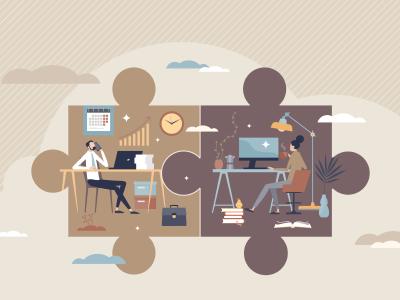 High-wage workers choose when and where to work;
low-wage workers, how much.
They have similar preferences, but pay different prices.

Workplace flexibility tends to interact with production processes that utilize labor inputs at different skill levels. When firms’ implicit costs of providing an amenity depend on worker skills, compensating price differentials can vary across the wage distribution and provides a novel channel for understanding the sources of wage inequality. The difficulty of estimating equilibrium amenity prices stems from the unobservability of worker ability and preferences. In a model that incorporates differences in firms’ costs of providing amenities to workers of different skill levels, directly measuring worker preferences makes it possible to estimate amenity prices as a function of worker types. We use a Bayesian Adaptive Choice Experiment (BACE) to collect individual-level data on the willingness to pay for different forms of workplace flexibility, along with wages and work arrangements. Workers along the earnings distribution value flexibility similarly on average, but high-earnings workers tend to have flexible location and flexible schedule, and low-earnings workers tend to have the option to work reduced hours. The model captures these key patterns, and we use the estimates to explore the welfare consequences of workers facing different amenity prices. 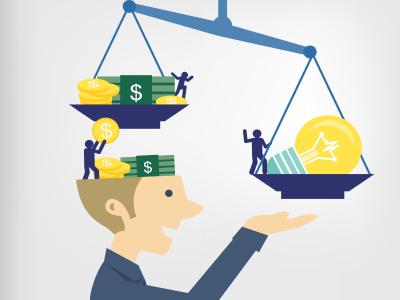 This paper presents a theory of intertemporal choice based on utility from anticipation of future consumption. Following psychological and neural evidence, the model posits that decision makers (i) initially focus on the most tempting alternative in their choice set, and (ii) experience gain-loss utility from looking forward to future consumption. In the model, when evaluating a consumption stream, the decision maker chooses a level of anticipation each period, and anticipatory utility exhibits reference dependence with respect to the decision maker’s previous level of anticipation. The model provides an account for a large collection of existing empirical and experimental evidence on intertemporal choice as well as makes new predictions. First, the model implies empirical patterns such as declining discount rates, the magnitude effect, the sign effect, and the delay-speedup asymmetry. Second, it provides an explanation for why choice-based methods for eliciting discount rates lead to larger estimates than matching-based methods. Third, it predicts a relationship between small-scale risk aversion and various patterns of intertemporal choice. Finally, it provides precise conditions for the presence of two phenomena where existing evidence has been mixed: when decision makers would prefer increasing or decreasing sequences of consumption outcomes, and when discount rates exhibit subadditivity. 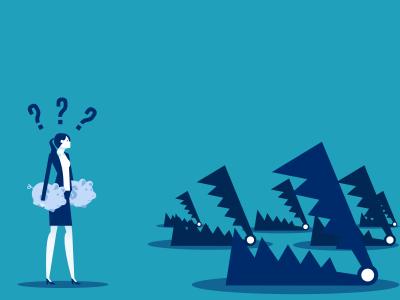 We present a model of intertemporal choice based on anticipatory utility and examine the consequences of temptation goods, which decision-makers do not fully value prospectively. We discuss implications of the resulting time-inconsistent preferences for the decision making of the poor and show how the model gives rise to a poverty trap. We use data from randomized experiments on cash transfers in Kenya and Malawi to test one of the distinct empirical predictions of the model, that households with more time to anticipate receiving a lump-sum payment spend less on temptation goods, namely tobacco and alcohol. 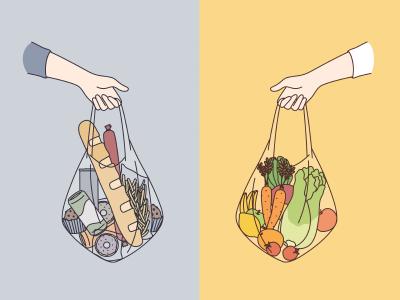 Nudging shoppers to buy healthier
leads to less healthy choices for other products.
More so for those who have a hard time choosing.

We conduct a randomized experiment with about 10,000 shoppers on an online grocery platform to examine the consequences of providing consumers with information about healthier alternatives when they add less healthy versions of certain food items to their shopping baskets. The four-month-long “Swap and Be Healthy” nudge, which highlighted the improved nutrient profile of specific alternative products, led to a significant and persistent increase in the purchase of healthier alternatives. The intervention also led to broader changes in shopping behavior such as decreases in produce expenditure, number of products purchased, time spent shopping, and price sensitivity. Using machine learning methods to characterize the types of consumers the intervention impacts most, we analyze the relationship between a shopper’s propensity to respond to the nudge and the spillover effects. We find that the nudge causes similar spillover effects for all treatment shoppers, including those unlikely to respond directly to the intervention. Additional tests provide evidence for a model of guilt costs over explanations involving cognitive costs. 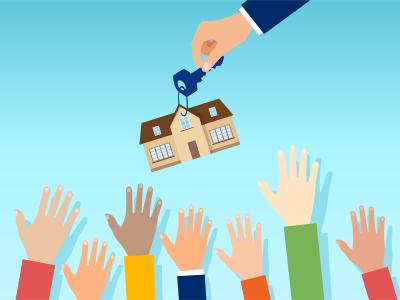 Public housing:
US limits rejections, UK limits choices.
How to trade off between better matches and waiting costs?

When allocating scarce resources such as public housing units to applicants in a waiting list, welfare depends on applicants’ preferences (match values and waiting costs) as well as their choices (which may involve errors). To trade off between allowing agents to wait for better matches and prioritizing agents with high waiting costs, allocation mechanisms impose restrictions on choices. Public housing allocation mechanisms in the UK restrict the set of available options that an applicant may accept, while mechanisms in the US restrict the number of times an applicant may reject. We examine how these different ways of restricting choices influence welfare, both theoretically and empirically. Using data on preferences for public housing in the US and the UK, we show how welfare compares under rationality and explore the sensitivity of the mechanisms to choice-error.

The Public Housing Allocation Problem: Theory and Evidence from Pittsburgh 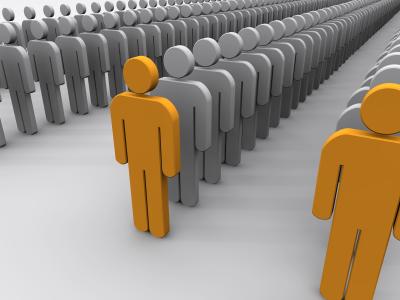 When dynamically matching public housing with applicants,
use building-specific waiting lists.
The welfare gains are large.

We present a model of public-housing allocation, in which objects that arrive stochastically over time must be matched with applicants on a waiting list. Our framework delivers a strategy-proof, ex-ante efficient and envy-free mechanism which allows applicants to trade off their preferences for different units and waiting times by choosing among a set of waiting lists. A counterfactual change from existing mechanisms, in which applicants receive offers after units become available and can refuse only a limited number of times, to the proposed mechanism improves welfare by a lower bound of $6,429 per applicant in a sample of Pittsburgh households. 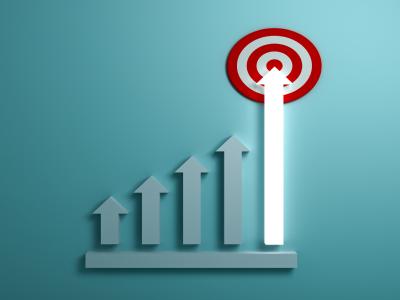 Taxi drivers can choose when to quit working.
They set a daily income target, but it adjusts.
Recent shocks matter the most.

This paper provides field evidence on how reference points adjust, a degree of freedom in reference-dependence models. Examining this in the context of cabdrivers’ daily labor-supply behavior, we ask how the within-day timing of earnings affects decisions. Drivers work less in response to higher accumulated income, with a strong effect for recent earnings that gradually diminishes for earlier earnings. We estimate a structural model in which drivers work towards a reference point that adjusts to deviations from expected earnings with a lag. This dynamic view of reference dependence reconciles conflicting “neoclassical” and “behavioral” interpretations of evidence on daily labor-supply decisions.

The Design of Public-Housing Policies